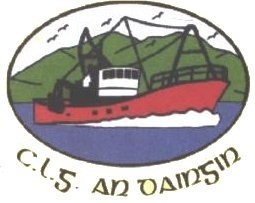 The GAA in Dingle

The Kerry County Board of the GAA was established in November 1888. Dingle affiliated with it in 1891. They took part in the county championship of that year and also in 1892, 1896, 1904 and 1905. A Dingle team that took part in the championship of 1903 had the strange name The Dingle Wreckers. The team that took part in those early years had no great success. They were at a great disadvantage as they had no fixed home at the time. Matches were played in different places, especially in Monacapee and in Milltown. There is an account of a match which was played in The Orchard, that small field in the very centre of the town. It was played on St. Patrick’s Day March 17th 1907 between Dingle and The Pick of The West as the account says.

At the turn of the century interest in football had waned a lot. The Kerryman of 30th March 1907 paints a doleful picture of the situation but it also mentions signs of a coming revival. To quote from that issue of The Kerryman – “Two years ago football was practically dead in our western peninsula, and it is simple marvelous the strides it has made in the Gascon country since”.

Many factors helped in that revival. There was a dynamic priest, a curate in the parish – Fr. George O’ Callaghan. In 1905 he helped in the reorganizing of the football club and in the founding of a team which was given the unusual name The Dingle Gascons. The reason for the name is unclear. One view is that it was meant to compare the men of Dingle with those of Gascony in France who were noted for their grit and determination. No doubt fishermen from Gascony were often in Dingle harbour during the fishing season.

The first president of the Gascon club was Mr Joseph O’ Donoghue, and the first secretary was Mr J.J. O’ Sullivan. The team captain was Mr. Batt O’ Connor, The Mall. The team appears in the county championship for the first time in 1907. They had two drawn games with Killarney Crokes but were beaten in the third attempt. The Dingle Brass and Reed Band accompanied the team to those matches. The Gascons were among the leading teams in Kerry from 1907 to 1920. They contested the county final twice and though the title of County Champions eluded them they were entrusted with the selection of the Kerry team to play Dublin in the semi-final of the Croke Cup tournament in November 1907. They selected six of their own players. Commenting on the match, the Cork Weekly Examiner of November 9th 1907 stated, “The Kerry backs were capital. I offer my congratulations to Kerry on the victory they won and as for the Dingle players, the fine spirit of generosity they showed in their selection has commanded the respect of all Gaels”.

The Gascons reached the county final in 1908 and were neaten by the Tralee Mitchels. In 1910 two teams from Dingle took part in the championship – The Gascons and a team named Dingle St. Brendans. The Gascons went out in the first round beaten by The Laune Rangers, St. Brendans got to the semi-final where they also were beaten by The Laune Rangers. Dingle St. Brendans took part again in 1911 but disappear after that. The Gascons reached the final again in 1919, but once more they lost to Tralee Mitchels. That was the last great bid by them to win the county title. After that the team went into decline, severely hit by emigration.

Dingle sent a delegate to the Kerry County Board for the first time in 1906. He was Mr. Maurice Griffin, a Dingle man who became Managing Director of The Kerryman newspaper. The appointment was a big help to the club. In the summer of that year 1906 another step forward was taken when the West Kerry League was inaugurated. This was due to the enthusiasm of Fr. Eddie Moriarty, a native of Dingle and priest of the diocese of Pittsburgh, U.S.A.

The competition was an instant success. Nine teams took part. They were:-

On February 6th 1907 the final was contested between Dingle and Lispole. Surprisingly the match was played in Tralee. The teams travelled by train and were met at the Tralee station by the Boherbee Fife and Drum Band and were played through the town. The score was Dingle 6pts, Lispole 2pts. The West Kerry League is still being played in the peninsula.

The lack of a permanent field for their training and matches was a great drawback to the footballers of Dingle in those early years. In May 1907 a field was acquired which is still serving the youth of Dingle and surrounding areas. It was known at the time as The Fort Field. There was an ancient round fort at the top of the field, just about where the upper goal posts now stand. The club did not own it but were in a position to rent it on a secure basis. Fr. O’ Callaghan, curate in Dingle parish was mainly responsible for the deal. That field is now Pairc an Aghasaigh.

Late in 1942 serious consideration was given to the possibility of purchasing The Fort Field for GAA purposes. The owner of the field was Mr. Alfred S.J. Kennedy. He was a Dingle man whose family lived in the Bridge House at the entrance to John Street. In 1942 he was living in Bray, Co. Wicklow and practicing as a solicitor. A committee was appointed to negotiate with him. Their efforts were successful and on the 23rd of January 1943 The Fort Field, consisting of five acres, two roods and eight perches, was legally assigned to trustees. The field was re-named Pairc an Aghasaigh in honour of Thomas Ashe of Kinard who was prominent in the rising of 1916. The trustees were as follows:-

Patrick O’ Sullivan, Principal Teacher in Lispole school was a dedicated secretary to the trustees.

The purchase price of the field was ₤700 (€882). From 1943 to 1946 the sum of ₤1730 was spent on enclosing and other improvements to the property. The leveling of the pitch was a big problem for the trustees. Tenders were sought for the work, and the tender of Mr. Barrett of Cork was accepted. The leveling began in the late summer of 1948 but as the weather came usually wet the work had to be suspended as the heavy machine could not function on the saturated soil. In the spring of 1949 work was resumed and the leveling completed.

In the All-Ireland final of 1939 Kerry played Meath. The colours of both teams were the same, green and gold, so one team had to change. The lot fell on Kerry. As Dingle were Kerry County Champions at the time Kerry played in the Dingle colours, red and white. Kerry won! Another great distinction for the club!

The whole process of purchasing, leveling and enclosing the field was costly. The trustees and the club members set about the task of fund raising. The whole town and district were collected on two occasions. Members of the club even went to Tralee to collect for Pairc an Aghasaigh. Fr. Beasley, C.C., Dingle and chairman of the club went to New York on the occasion of the All Ireland football final between Kerry and Cavan being played there in September 1947. He managed to raise over ₤500 for the field. Mr. John Farrell, a Dingle man who was a successful business man in New York contributed another ₤500. Many of the usual methods of fund collecting were undertaken, a carnival was held a number of years in the 1940’s and 1950’s, card drives and dances were held.

A very interesting fund raising effort was a football match played in Croke Park on 30th April 1944 between a West Kerry selection and Dublin. Mr. Gregory Ashe, brother of Thomas Ashe after whom the field was named, threw in the ball to start the match. West Kerry won by two points. The West Kerry selection was as follows:-

Nine of those players had played in All-Ireland finals at the time and seven of them held All-Ireland medals.

In the spring of 1940 a Town League was inaugurated in Dingle. Canon Lyne, the Parish Priest of Dingle gave it every encouragement and donated a set of medals for the winning team. There were memories in the town of an earlier Town League in the late twenties and early thirties. The new competition had teams from the traditional areas of the town, John Street, Greys Lane and The Quay. This time there was a team also from Lispole and from Kellmalcheadar taking part.

Success in the senior county championship continued to evade West Kerry team’s right down to the 1930’s. In that decade the excellent coaching done by the Christian Brothers, notably Br. P.T. Ryan, Br. M.A. Brennan and Br. L. Ryan began to bear fruit. The school produced a crop of players who became the mainstay of the Dingle team that brought the senior county championship to the peninsula for the very first time in 1938. Once the great breakthrough was made other successes followed. The championship was won again in 1940, 1941, 1943, 1944 and in 1948. The Dingle club in 1941 were the proud possessors of the Sam Maguire Cup, The Railway Cup and The Kerry County Championship Cup. A proud record indeed!