The Ashe family was of Norman origin. One branch settled in and around Murreigh in Corcha Dhuibhne. Around the beginning of the nineteenth century a James Ashe of Murreigh married Mary Griffin of Kinard, daughter of a comfortable landowner, and so the Ashe family came to Kinard. Four generations later Thomas Ashe was born.
Gregory Ashe of Kinard and Ellen Hanafin of Tober had a family of ten children of whom one died in infancy. Thomas was sixth in the family of three daughters and six sons. He was born on 12Th January 1885. By the standards of the time it could be said that the Ashe farm was reasonably good. Still, it was difficult for a farmer with a large family to make a comfortable living. Gregory Ashe worked hard on the land, helped by his wife and the family as they grew up. 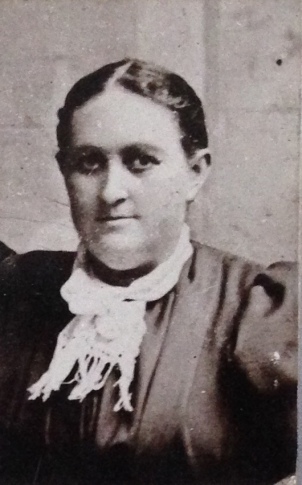 Gregory Ashe was an accomplished seanachí, well versed in the lore and history of the land, an excellent singer with a large repertoire of songs and very fond of music. He was also a fluent Irish speaker. In the evenings when the day’s work was done he would impart his vast store of knowledge to his family, his son Thomas a keen student.
During his early years young Thomas witnessed the struggle of the small tenant farmer against landlord and his agent, the sheriff and the bailiff backed by the constabulary. This had a lasting effect on him. At this time also the tide of nationalism was growing. The foundation of the G.A.A and the Gaelic League fuelled the concept of self reliance. The influence of these two movements had far-reaching effects in every corner of the land.

A regular visitor to Gregory Ashe’s house was Thomas O’Shea from Rhinn Bhuí. He had lived through the famine and gave many horrifying accounts of the hardship suffered by the people of the time. The young Ashe listened attentively to these and many other stories. It was in this environment that the seeds of independence and self-determination was sown in Thomas Ashe’s mind.